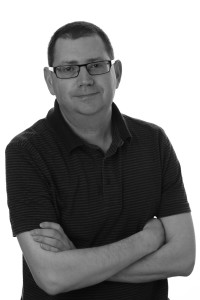 Welcome to my personal space on the World Wide Web where I’ve brought together my various interests into one place.

My aim is to provide you with useful information on a number of subjects as well as keeping you up to date with what I am doing.

Feel free to ask me questions on any subject and I will do my best to answer!

Scroll down the page to see more details on: DJ/Radio, Distance Running, Photography, IT Service Management

Here are a few of the things you can find on the Site:

I started my DJ career in 1987 running a party for my own birthday.  Over the next four years I did a number of private parties before becoming the resident DJ at Camilla’s Wine Bar in Northampton, where I worked 5-6 nights a week for two years playing for a young crowd, mixing up dance hits, classic club sounds along with pop and party tunes.

I drifted away from the DJ scene when I moved to London for my day-job but retained my love of dance music and became interested in Thai dance music and karaoke through visits to Thailand.  This led to me being asked to host a private Karaoke party for the daughter of a Thai friend who was graduating from University.

Word seemed to spread that I could run mixed dance/karaoke events and I got invites to host further private parties.  This encouraged me to switch to Digital technology and I am now looking to find opportunities to work more in this new hi-tech world, both in bars & clubs and, of course, online.

In 2013 and 2014 I presented weekly live radio shows on IdealClubWorld Radio and their sister channel, IdealBootcamp. The show crossed many genres of music but focused on classic chart, dance and pop music of all eras.

Recordings of all my shows are uploaded to Mixcloud and links to them can be found on this Site.  I still present occasional shows on IdealClubworld, roughly once a month but on a less formal basis.

I recently started running again after an eight year break and trained for and ran a 50 Mile Ultra Marathon in October 2015.

I started middle distance running while at school and ran my first half-marathon at the age of 15, finishing second in my age group. I joined an athletics club and competed on the track and road at all distances from 800 metres to the half-marathon. I was around 18 when I stopped running due to starting a job in computer operations which was shift-based and needed a long commute.

In the mid 1990s I was encouraged to start running again by my Uncle who was running marathons and had joined a club local to him, Waveney Valley. I joined as well and was soon back competing again. After a season of track competition I decided I needed to move to a club closer to me and joined Thames Valley Harriers. I had a reasonable level of success, beating my personal bests from my younger days and was lucky enough to compete at the top level of domestic athletics in the UK with TVH. My main event was the 3000m Steeplechase but I competed in many different disciplines in track & field as well as on the road.

In 2001 I ran my only marathon to date – in Amsterdam. I had always enjoyed cycling and in 2002 I decide to take up duathlon seriously and competed for Great Britain at the European Age Groups in Zeitz.

I competed regularly until 2006 when I had some health issues which meant I was not training so much. Around this time I also took up photography and started taking photos of athletes rather than running with them!

In late 2014 I was becoming frustrated with weight gain and a general lack of fitness. I went on a reasonable strict diet to lose some weight and took up running again. I felt I needed a challenge to motivate me and found an ultra marathon that took in my local area in October 2015.

I am particularly interested in the science of running, fitness and weight loss.

For a number of years I was a competing distance runner, taking part in events from the 800 metres to the marathon, with my speciality being the 3000 metre Steeplechase.  As my running career started to wind-down I took up athletics photography.  I was soon also writing reports on athletics events for the Club I was with at the time (Thames Valley Harriers).  I had a large number of photographs and articles published in local newspapers across the West and North-West London area.

Although I focused on Athletics photography it was only natural that I would be asked to undertake other assignments and I have covered Football matches as well as doing Studio work of different kinds from Model Portfolios to Glamour shoots.

I continue to have a passion for photography but take on only a limited number of engagements from selected clients.

I have worked in IT Service Management for nearly 30 years (obviously I started when I was still in junior school!).

I hold the ITIL Expert certificate and provide consultancy services, within my employment only, covering the whole lifecycle of IT Services.